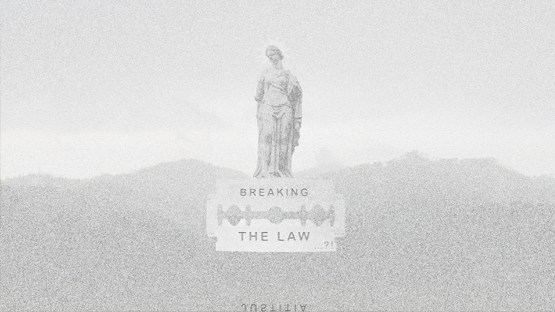 In 1980, British band Judas Priest released their song 'Breaking the Law' as part of their album entitled British Steel. This piece of music became an anthem that expressed the identity of heavy metal – for musicians, fans and critics alike. In the lyrics to the song, law breaking forms the central theme. For the jobless protagonist, “breaking the law” becomes his chosen method for highlighting his situation and expressing his individual identity. He views the legal system as a deeply conservative institution that threatens to stifle his social existence.

By breaking away from legally defined norms, he gains attention, expresses his personality and grows in terms of individual empowerment. Deemed as defining 1980s heavy metal’s style and identity, the song used a specific view of the law and law breaking as well as a specific attitude toward legal norms primarily in order to underpin the world of metal music and reinforce its culture.

This one example shows that such conceptions of the legal system, justice, law enforcement and rule breaking played an important role in metal’s history. Nonetheless, there is currently no research that explicitly asks whether and how such viewpoints became important in the local histories of metal “scenes”. Especially for the historical period since the 1980s – a decade often referred to as the “golden age” of metal with its stylistic diversification and globalisation – this remains a desideratum in terms of research.

This research project is intended to be a step toward filling that gap. Our aim is to write an initial broad history of the metal scene in Graz and Styria since the 1980s, also in relation to Austrian and international entanglements. In the project, the mentioned desideratum in research is the focus. The topic under investigation will include whether and how concepts of law and law breaking as well as justice and injustice functioned as “scene laws”, thus playing a role in the history of the Styrian metal scene.

The project’s interdisciplinary team integrates methodologies from cultural history, musicology, semiotic discourse analysis and culturally-oriented legal studies. At its centre, the researchers will include interviews with older and younger scene members (fans, musicians, owners of concert venues, etc.). Additionally, the textual, visual, and compositional aspects will be respectively addressed in terms of song lyrics and music periodicals, album covers, and musicological analysis of law-themed songs and albums. The project will run from February 2020 to January 2023 and is being generously funded by the Austrian Science Funds FWF (project number: 32982-G, volume: 250.855,50.-).